Faraday's Magnetic Field Induction Experiment
When Michael Faraday made his discovery of electromagnetic induction in 1831, he hypothesized that a changing magnetic field is necessary to induce a current in a nearby circuit. To test his hypothesis he made a coil by wrapping a paper cylinder with wire. He connected the coil to a galvanometer, and then moved a magnet back and forth inside the cylinder.
When you move the magnet back and forth, notice that the galvanometer needle moves, indicating that a current is induced in the coil. Notice also that the needle immediately returns to zero when the magnet is not moving. Faraday confirmed that a moving magnetic field is necessary in order for electromagnetic induction to occur.

The phenomenon of electromagnetic induction can be investigated through a simple experiment using a voltmeter, a coil of wire and a magnet: 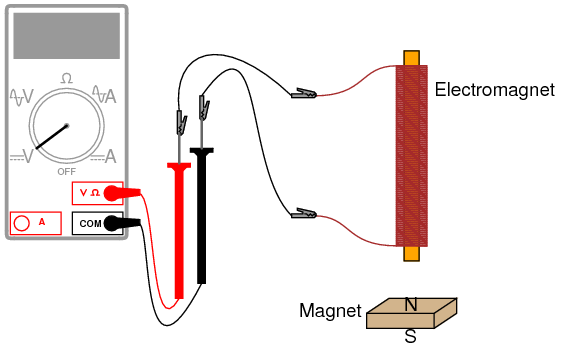 Set up the apparatus like in the diagram above.

Now move the magnet through the coil of wire.

However, you should notice that no voltage is induced when the magnet remains still inside the coil. For voltage to be induced the magnet must be moving.

The induced voltage as a result of the magnet moving in and out of the coils of wire is called the Dynamo Effect. Voltage is generated whenever a wire is moved in a magnetic field. In addition, if it is in a complete circuit, then current will flow as well.
Factors affecting e.m.f
The magnitude of the induced voltage can be increased by changing several factors:

One side of a coil in a generator moves up during one half-turn, and then down during the next half-turn. This means that, as a coil is rotated in a magnetic field, the induced current reverses direction every half-turn. 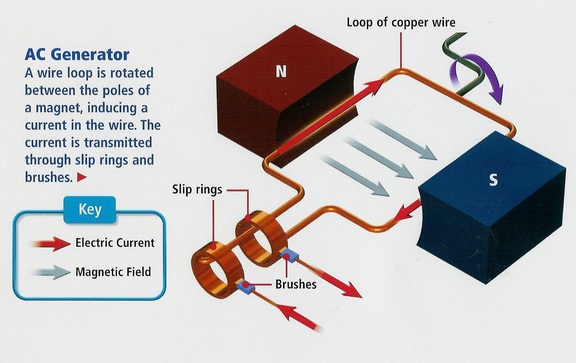 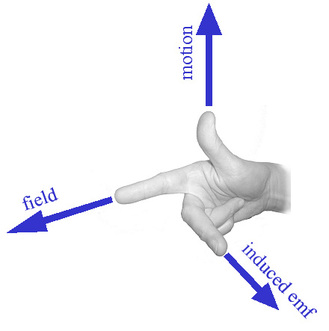 Fleming's Right Hand Rule- The three directions are represented by the thumb (for motion), forefinger (for field), and second finger (for conventional current), all held at right angles to each other. The right hand is used for generators and the left for motors. 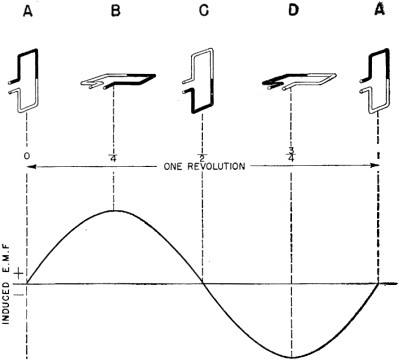 It's important to know that:

14.4 Magnetic effect of a current

B = magnetic field
I = current

The magnitude of the magnetic field generated by a straight wire carrying current is dependent on two factors:

A solenoid is basically a wrapped coil of wire. The magnetic field it produces is similar to a bar magnet. See picture 2.

The strength of a magnetic field produced by a solenoid is dependent on 3 factors:

2. Describe the effect on the magnetic field of changing the magnitude and direction of the current

14.5 Force on a current-carrying conductor 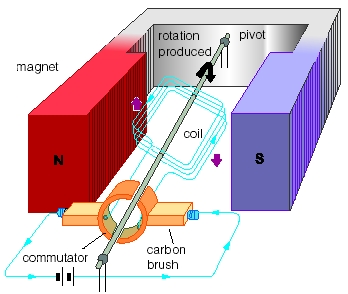 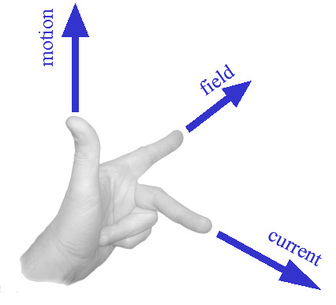 Fleming′s Left Hand Rule- Also known as the Motor Rule this is a way of determining the direction of a force on a current carrying conductor in a magnetic field. 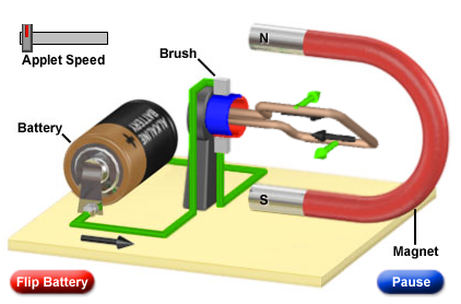 Click to see the simulation
Build Your Own Pocket Motor 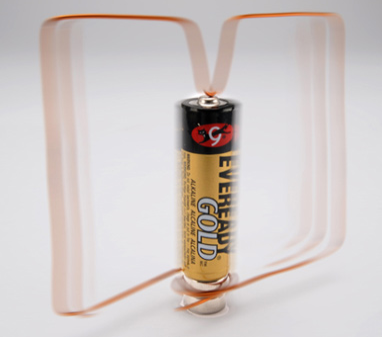