Chapter 8 & 10: The periodic table and reactivity

The zig-zag line in this diagram separates the metals, on the left, from non-metals, on the right. Hydrogen is a non-metal but it is often put in the middle.

Notice that most elements are metals, rather than non-metals. 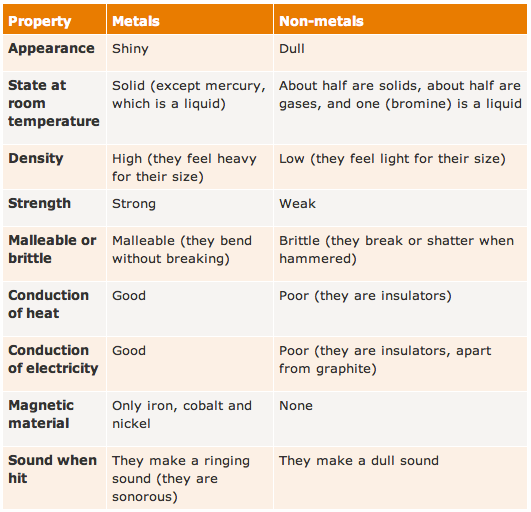 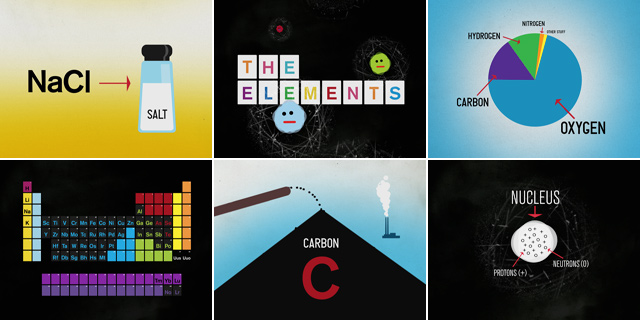 The elements in group 1 are called the alkali metals. They belong to the left-hand column in the periodic table. They are very reactive and must be stored in oil to avoid contact with air or water.


Common properties
The alkali metals have the following properties in common:

Reactions of lithium, sodium and potassium with water

The hydroxides formed in all these reactions dissolve in the water to form alkaline solutions. These turn universal indicator purple - showing that the pH is more than 7.

These elements are all found in the Earth’s crust, but not in the elemental form as they are so reactive. Instead, they are widely distributed in rock structures. The main minerals in which magnesium is found are carnellite, magnesite and dolomite. Calcium is found in chalk, limestone, gypsum and anhydrite. Magnesium is the eighth most abundant element in the Earth’s crust, and calcium is the fifth.


Common properties
The alkaline earth metals have the following properties in common:

Trends in reactivity
As you go down the group, the atomic number of the alkali metals increases, and their properties change:

The hydroxides formed in all these reactions dissolve in the water to form alkaline solutions. These turn universal indicator purple - showing that the pH is more than 7. The reactions are seen to be less vigorous than with the Group 1 alkali metals.

Magnesium and calcium react readily with dilute hydrochloric acid to form hydrogen gas and a water soluble metal salt. Like group 1, one observes  an increase in reactivity down the group  (i.e. Ca is more reactive than Mg)

The transition metals are found between group 3 & 4 on the periodic table.

The transition metals have the following key features:

The elements in group 7 are called the halogens. They belong to the column second from right in the periodic table. The halogens are all toxic, but this is a useful property. Chlorine is used to sterilise drinking water and water in swimming pools. Iodine is used in antiseptics to treat wounds. 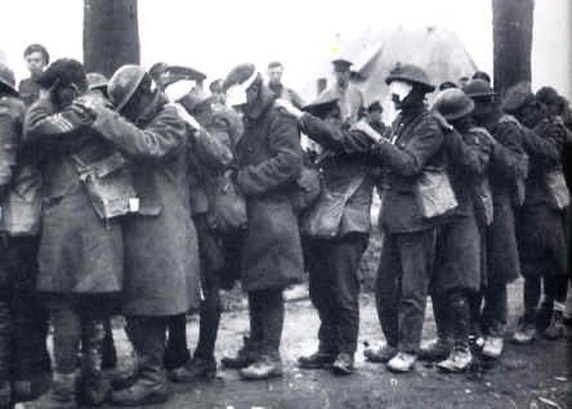 British soldiers exposed to chlorine gas chemical warfare in WWI. Soldiers also used make-shift gas masks if they were caught in the open without a gas mask during a gas attack - cloth soaked in their own urine and placed over the mouth was said to give protection against a chlorine attack.

The elements in group 0 are called the noble gases. They belong to the right-hand column in the periodic table. The noble gases are all chemically unreactive which means they are inert.


Common properties
The noble gases have the following properties in common: 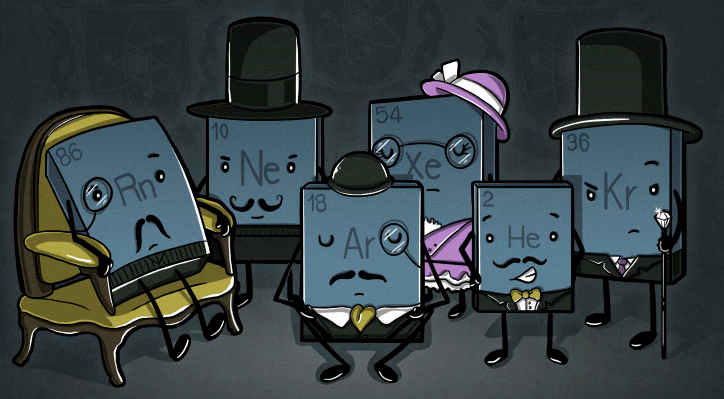