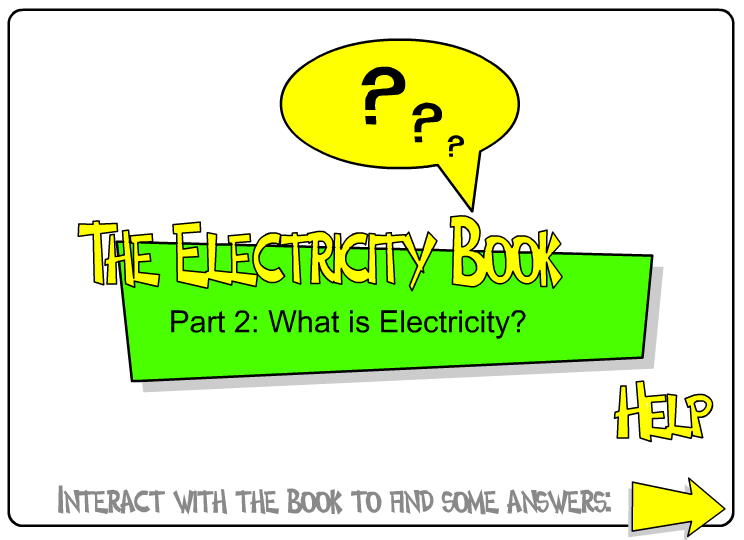 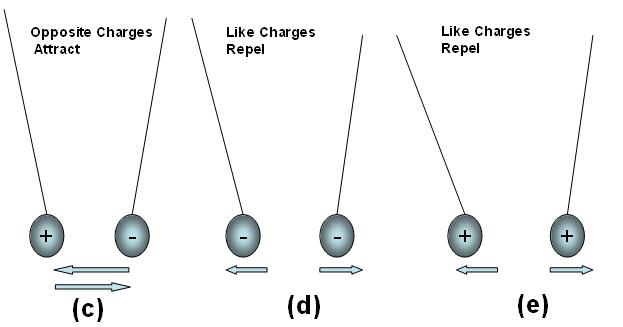 More specifically, current is the rate of flow of charge in a given point of a circuit, measured in ampere, or amp (A).

The general equation for working out current when you have steady flow of charge is:

I = Q/t
1 Amp is equivalent to 1 coulomb of charge flowing through a fixed point per second.
Amp = coulomb / second

The potential in an electric circuit is a measure of how much joules per coulomb (Volts) there are in a specific point of a circuit.

Therefore, potential represents how much energy there is to drive a current through the wire and is measured in volts (v).

For example, if the potential difference of a light bulb is 3v, it means that 3 joules of electric potential energy that each of coulomb is being lost as heat and light energy as it moves through the light bulb.

In any electrical circuit, the potential at the end of the circuit is always 0 i.e. a potential of 0 volts.

Electro-motive force (e.m.f) is the voltage (potential) that a battery will supply. It is the driving force that gives the electrons the energy to move around the circuit.

Potential difference can be thought of as the pressure pushing charges along a conductor, while the electrical resistance of a conductor is a measure of how difficult it is to push the charges along. Using the flow analogy, electrical resistance is similar to friction. For water flowing through a pipe, a long narrow pipe provides more resistance to the flow than does a short fat pipe. The same applies for flowing currents: long thin wires provide more resistance than do short thick wires.

↑ in Voltage = ↑ in resistance

↑ in Current = ↓ in resistance 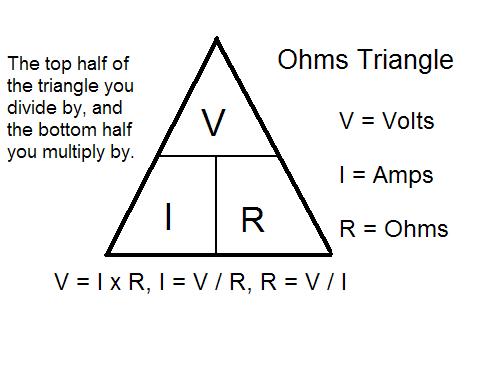 For example, a light bulb has a potential resistance of 3 volts. If a current of 0.6 amps is flowing through the lightbulb, what is the resistance?

Resistance of an object

A simple experiment can be performed to find out the resistance across an object: 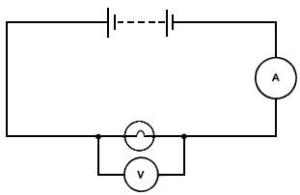 Set up an ammeter somewhere in the series circuit: this will give you the amount of current flowing in the circuit.

Now, set up a voltmeter in parallel to the object, in this case a light bulb,  to find the potential difference across it.

Using theequation R = V/I , we can find the resistance.

If the light bulb has a potential difference of 4V, and the circuit has a current of 2A, then the resistance is: 4/2 = 2 Ohms (Ω)

Here are two equations you might need to know for the exam.

P is power, I is Electric Current (measured in Amps), and V is Potential difference (Voltage, measured in Volts). Units for power is Watts. This is also known as Joule’s Law.

A circuit breaker is a safety device that forces a circuit to open (switch off) when an extremely high level of current flows through the circuit. 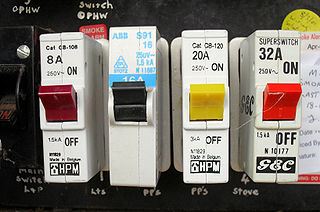