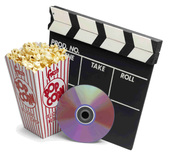 Occasionally, the best way to understand the abstract and complex ideas of science is through visual means. This collection of videos is meant to be a supplement to class lectures, exercises, activities and demonstrations.

The Story of Physics

Balls, pendulums, apples and magnets all played their part in the story of modern physics, but then things got weird. And when Albert Einstein combined time and space, things got even weirder - step forward quantum uncertainty, black holes and the Big Bang.

The Strange World of Nanoscience

Where and what is nano? How will it shape our future? Nanoscience is the study of phenomena and manipulation of materials at the nanoscale, where properties differ significantly from those at a larger scale. The strange world of Nanoscience – it can take you into atoms and beyond the stars.

The nanoscale ranges from 100 nanometres down to the atomic level, where a nanometre is a millionth part of a millimetre.

Manipulating shape and size at nanometre scale, nanotechnologists are producing a wide variety of applications that take profit of the properties that this scale offers. Nowadays, thousands of researchers around the world are investigating the new contributions that NT can bring us by designing, characterizing and producing new structures, devices and systems.

This film was produced and directed by Tom Mustill for the NANOYOU Project (nanoyou.eu) as a resource for young people, teachers and anyone interested to get a quick introduction to Nanoscience.

It is mainly shot at and with the assistance of the Nanoscience Centre at the University of Cambridge and features researchers involved in exploring the world of Nano.

Nano: The Next Dimension

Nanosciences and nanotechnologies represent a formidable challenge for the research community and industry.

World-class infrastructure, new fundamental knowledge, novel equipment for characterisation and manufacturing, multi-disciplinary education and training for innovative and creative engineering, and a responsible attitude to societal demands are required.

This documentary film, made available by the European Commission, provides a glimpse of some of the many activities that are being carried out in Europe in these fast-grozing fields of research and technological development

NOVA | The Fabric of the Cosmos

"The Fabric of the Cosmos," a four-hour series based on the book by renowned physicist and author Brian Greene, takes us to the frontiers of physics to see how scientists are piecing together the most complete picture yet of space, time, and the universe. With each step, audiences will discover that just beneath the surface of our everyday experience lies a world we’d hardly recognize—a startling world far stranger and more wondrous than anyone expected.

In 1980, the landmark series Cosmos premiered on public television. Since then, it is estimated that more than a billion people around the planet have seen it.

When it first aired, the series catapulted creator and host Carl Sagan to the status of pop culture icon and opened countless minds to the power of science and the possibility of life on other worlds.

Where do nature’s building blocks, called the elements, come from? They’re the hidden ingredients of everything in our world, from the carbon in our bodies to the metals in our smartphones. To unlock their secrets, David Pogue, the lively host of NOVA’s popular "Making Stuff" series and technology correspondent of The New York Times, spins viewers through the world of weird, extreme chemistry: the strongest acids, the deadliest poisons, the universe’s most abundant elements, and the rarest of the rare—substances cooked up in atom smashers that flicker into existence for only fractions of a second.

NOVA Elements for iPad on the iTunes App Store

A Brief History of Time

The movie about Stephen Hawking’s ideas from his book titled the same and abut his life. A Brief History of Time attempts to explain a range of subjects in cosmology, including the Big Bang, black holes, light cones and super-string theory, to the nonspecialist reader. Its main goal is to give an overview of the subject but, unusual for a popular science book, it also attempts to explain some complex mathematics.

The author notes that an editor warned him that for every equation in the book the readership would be halved, hence it includes only a single equation: E = mc². In addition to Hawking’s abstinence from equations, the book also simplifies matters by means of illustrations throughout the text, depicting complex models and diagrams. The book is considered by many to be an “unread bestseller”, which is a book many people own but few have finished.

I really do like the idea to address such an exciting subject to non mathematicians. The choice of topics is well balanced and gives you an interesting introduction into the modern view of our universe. In particular the introduction of sometimes contradictory models explain how physics works the evolution of ideas.

Into The Universe With Stephen Hawking

Stephen Hawking hosts an epic brand new kind of cosmology series, a Planet Earth of the heavens. It takes the world’s most famous scientific mind and sets it free, powered by the limitless possibilities of computer animation.

Hawking gives us the ultimate guide to the universe, a ripping yarn based on real science, spanning the whole of space and time – from the nature of the universe itself, to the chances of alien life, and the real possibility of time travel.

The Story of Science: Power, Proof and Passion

For thousands of years we have wrestled with the great questions of existence. Who are we? What is the world made of? How did we get here? The quest to answer these is the story of science.

This is the story of how history made science and how science made history, and how the ideas which emerged made the modern world.

The Ascent of Man

The Ascent of Man is a thirteen-part documentary television series produced by the BBC and Time-Life Films first transmitted in 1973, written and presented by Jacob Bronowski.

Intended as a series of personal view documentaries in the manner of Kenneth Clark’s 1969 series Civilisation, the series received acclaim for Bronowski’s highly informed but eloquently simple analysis, his long unscripted monologues and its extensive location shoots.

In White Light/Black Rain, Okazaki talks with fourteen survivors of the 1945 attacks, ranging from an artist who has recounted his experience in comic art to a woman who was the only child out of 620 students to survive at a Hiroshima elementary school.

For All Mankind tells the true story of the 24 men who travelled to the moon as the entire US watched in awe.

Sorting through nearly one hundred hours of film and sound recordings recovered from NASA – shot between December 1968 and November 1972, in the heyday of the space programme – director Al Rienart has pieced together a seamless documentary commemorating man’s landing on the moon.

Like the plot of a sci-fi B movie, something weird is happening deep underground where the constant spin of Earth’s liquid metallic core generates an invisible magnetic force field that shields our planet from harmful radiation in space. Gradually, the field is growing weaker. Could we be heading for a demagnetized doomsday that will leave us defenseless against the lethal effects of solar wind and cosmic rays? “Magnetic Storm” looks into our potentially unsettling magnetic future.

Professor Jim Al Khalili delves into over 50 years of the BBC science archive to tell the story behind the emergence of one of the greatest theories of modern science, the Big Bang.

The remarkable idea that our universe simply began from nothing has not always been accepted with the conviction it is today and, from fiercely disputed leftfield beginnings, took the best part of the 20th century to emerge as the triumphant explanation of how the universe began.
Lost Horizons: The Big Bang por silichip