An everyday example of thermal expansion can be seen in the kitchen. Almost everyone has had the experience of trying unsuccessfully to budge a tight metal lid on a glass container, and after running hot water over the lid, finding that it gives way and opens at last. The reason for this is that the high-temperature water causes the metal lid to expand.
Thermometers

In a typical mercury thermometer, mercury is placed in a long, narrow sealed tube called a capillary. Because it expands at a much faster rate than the glass capillary, mercury rises and falls with the temperature. A thermometer is calibrated by measuring the difference in height between mercury at the freezing point of water, and mercury at the boiling point of water. The interval between these two points is then divided into equal increments in accordance with one of the well-known temperature scales. 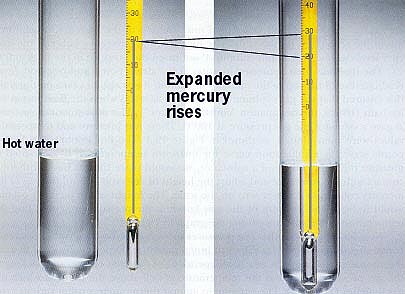 Most large bridges include expansion joints, which look rather like two metal combs facing one another, their teeth interlocking. When heat causes the bridge to expand during the sunlight hours of a hot day, the two sides of the expansion joint move toward one another; then, as the bridge cools down after dark, they begin gradually to retract. Thus the bridge has a built-in safety zone; otherwise, it would have no room for expansion or contraction in response to temperature changes. As for the use of the comb shape, this staggers the gap between the two sides of the expansion joint, thus minimizing the bump motorists experience as they drive over it.
Railroad tracks

Most railroad tracks are built from pieces of steel supported by wooden ties, and laid with a gap between the ends. This gap provides a buffer for thermal expansion, but there is another matter to consider: the tracks are bolted to the wooden ties, and if the steel expands too much, it could pull out these bolts. Hence, instead of being placed in a hole the same size as the bolt, the bolts are fitted in slots, so that there is room for the track to slide in place slowly when the temperature rises.
Power lines

Another example of thermal expansion in a solid is the sagging of electrical power lines on a hot day. This happens because heat causes them to expand, and, thus, there is a greater length of power line extending from pole to pole than under lower temperature conditions. 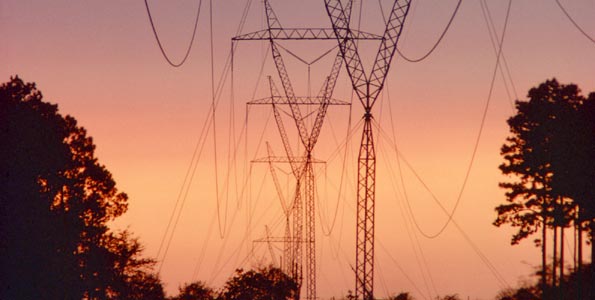 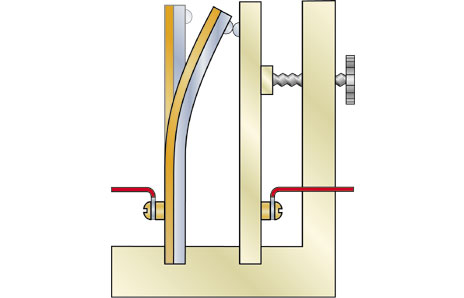 If you heat a piece of ice at, say, -10°C, its temperature rises until it reaches 0°C and then remains constant until all the ice has melted. The temperature then starts to rise again.The energy supplied during the period when the temperature was constant is called latent heat.

Latent heat is the 'hidden heat' used to change the state of a substance without a change in temperature.Latent heat means ‘hidden’ or concealed energy, in the sense that it does not show up on a thermometer.

Usually, when a substance is heated, its temperature rises. However, when matter changes phase from solid to liquid, or liquid to gas, there is no actual temperature rise. The energy is used to overcome the forces of attraction, which hold the water molecules together in the solid state (ice) so that they become relatively free to move.

Latent Heat of Vaporisation: The change of phase from liquid to gas

Latent heat of fusion: The change of phase from solid to liquid.

The formula for Specific heat capacity is:

Q- amount of energy released or absorbed during the change of phase (in kJ )
m- is the mass of the substance (in kg),
L- is the specific latent heat for a particular substance (kJ/kg)

The formula for Specific heat capacity is :

we can rearrange the equation to get

We want to find the Specific Heat capacity of water, which we know to be around 420KJKg-1°C-1

In this process, bonds are being broken/formed, so energy transfer is definitely required for this change in state. However, if the kinetic energy doesn’t change here, what changes? The potential energy increases.

One difference between boiling and evaporation is that evaporation happens at the surface of a liquid where boiling occurs inside the body of the liquid.

Additionally, evaporation can literally happen at any temperature, as long there is enough Kinetic Energy to break bonds, but boiling can only happen at certain temperatures, e.g. 100°C for water.

Condensation: This is the change of the physical state of matter from a gas into a liquid.

Solidification: This is the change of the physical state of matter from a liquid to a solid.

A good example is changing water into ice cubes. You put the water into the fridge, and it freezes to become ice