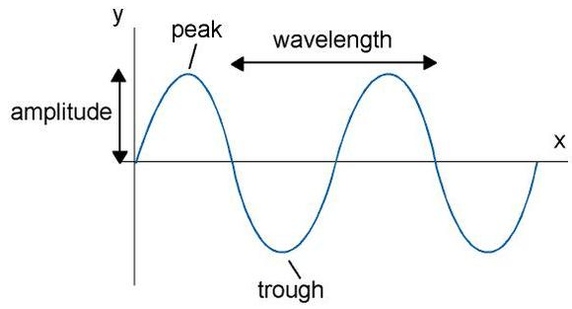 Amplitude
As waves travel, they set up patterns of disturbance. The amplitude of a wave is its maximum disturbance from its undisturbed position. Take care, the amplitude is not the distance between the top and bottom of a wave.

Transverse Waves
For transverse waves the displacement of the medium is perpendicular to the direction of propagation of the wave. A ripple on a pond and a wave on a string are easily visualized transverse waves.

Wave motion and energy
As waves propagate through a medium, they transport energy. We can easily demonstrate this by hanging an object on a stretched string and then sending a pulse down the string, as shown in Figure 16.20. When the pulse meets the suspended object, the object is momentarily displaced, as illustrated in the figure below. In the process, energy is transferred to the object because work must be done for it to move upward. 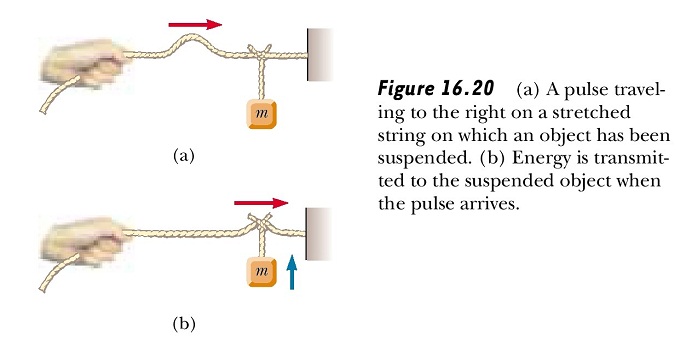 Wave motion is the transfer of energy from one point to another.