Download File
Refraction is the bending of the path of a light wave as it passes across the boundary separating two media. Refraction is caused by the change in speed experienced by a wave when it changes medium, e.g. from air to water.

A lens is basically a transparent object that causes the light that passes through it to refract.

Converging lens that are curved on both sides will cause light that are travelling parallel to the Principle axis (a horizontal line passing through the middle of the lens) to refract and cross the Principle axis at a fixed point known as the Focal point. 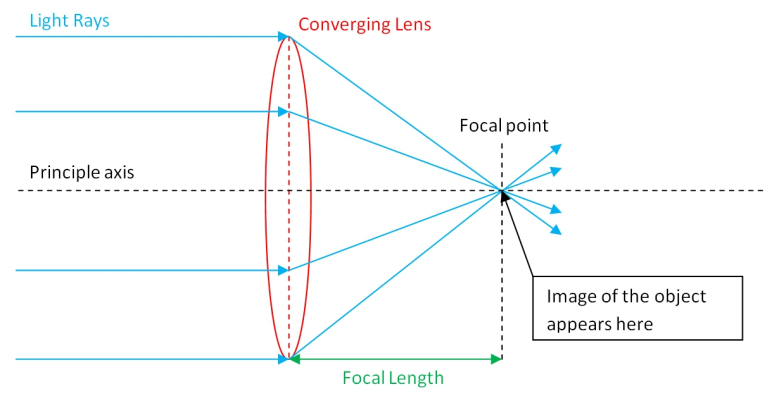 Focal Length : is the distance between the centre of the lens and the focal point. 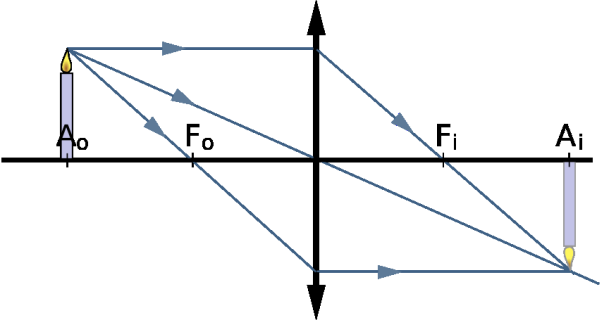 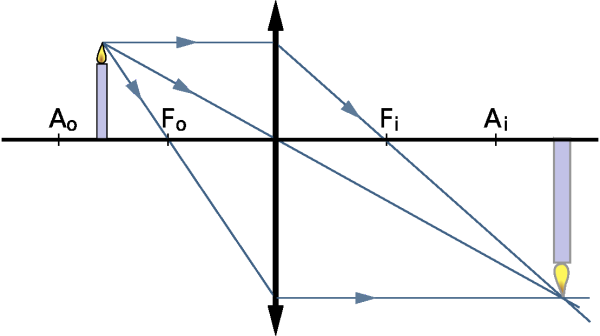 However, if the object is at one focal length (Fo) away, no image is produced. 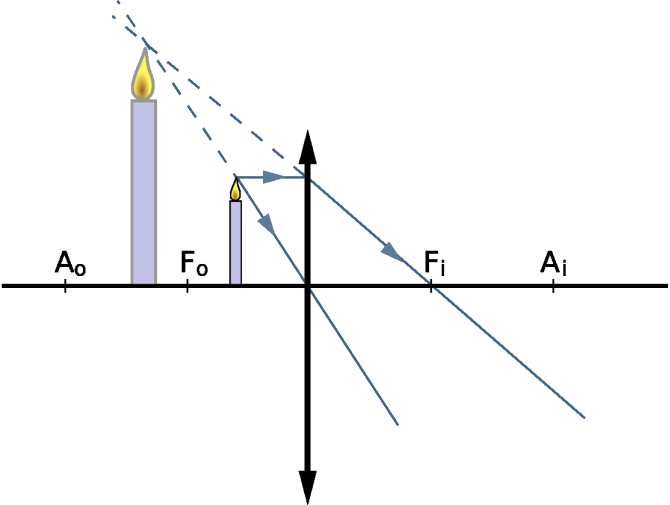 The diagram shows the formation of a virtual image. At distances less than one focal point, the refracted rays are diverging instead ofconverging. Hence, when we look at the object through the lens, it appears that the rays of light have come from a point behind the object (as shown by the dotted lines).

It is called a virtual image because it appears that the light comes a non-existent source further away than the real object. The virtual image produced is not inverted but upright and bigger than the original object and it appears on the same side as well.

Look at the first two diagrams above, you should notice these common things: 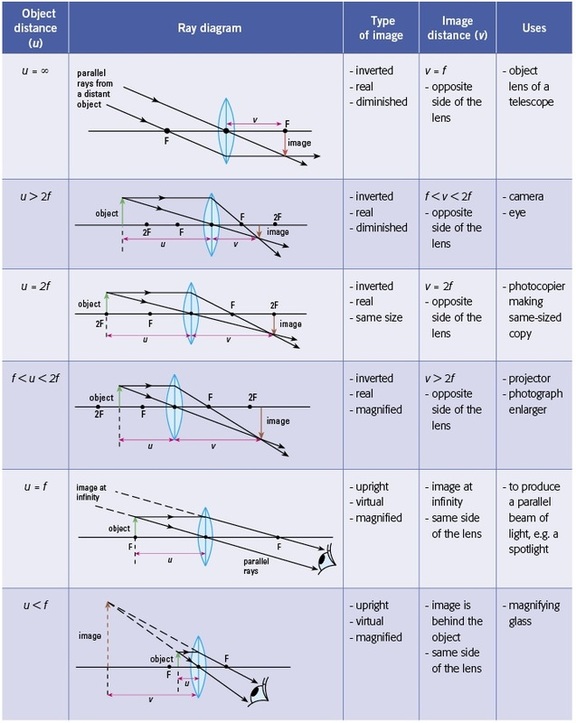 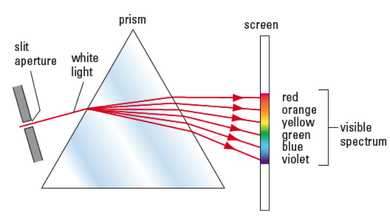